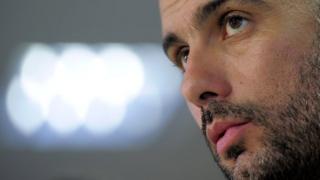 Messi completed the achievement with a hat-trick in the 5-3 win over Granada at the Nou Camp in La Liga on Tuesday, equalling the record in the 17th minute and breaking it in the second half.

The Argentine striker overtook Cesar Rodriguez's record of 232 goals with his tally in Tuesday's game and now has 234.