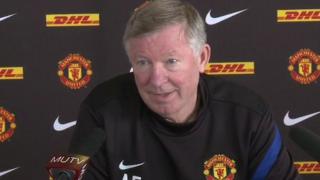 Ferguson fights back over 'mind games'

Manchester United boss Sir Alex Ferguson dismisses Man City's criticism of the decision to bring Paul Scholes out of retirement and says he has "plenty of ammunition" if Roberto Mancini want to play mind games.

Ferguson says Scholes has been the best midfielder in Britain for the last 20 years and adds "If that's desperation then I think we can accept that."

The Manchester United manager goes on to query Roberto Mancini's decision to recall Carlos Tevez "after a five month holiday in Argentina" saying that could also be construed as "desperation."