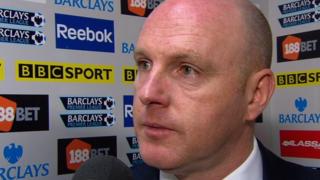 Blackburn manager Steve Kean says the atmosphere at the Reebok Stadium put Bolton "on the front foot" as his side lost 2-1 to the Trotters in their first match since the cardiac arrest of Fabrice Muamba.

Steven Nzonzi reduced Bolton's two-goal first-half lead with a header from a throw, but Owen Coyle's side hung on for a vital three points.

Kean says his side tried to do a "professional job" on an emotional afternoon, but it was not a "normal" game for Rovers.