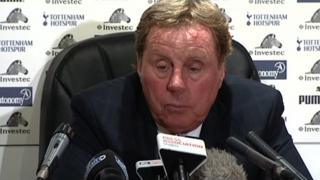 Tottenham boss Harry Redknapp is relishing an FA Cup semi-final clash against Chelsea after his side beat Bolton 3-1 to reach the final four of the competition.

Redknapp is pleased by his side's dominant display over Bolton, describing the match as "one-way traffic" as Spurs had 29 chances at goal, with 19 on target.

The Spurs boss was impressed by Alex Bogdan, Bolton's goalkeeper, after he made a string of impressive saves to keep the home side in the game.