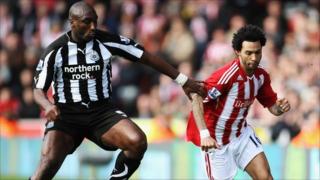 Campbell warns fans not to travel

Former England defender Sol Campbell warns fans not to risk travelling to Euro 2012 due to entrenched racism and violence in host countries Poland and Ukraine.

The former Tottenham, Arsenal and Newcastle centre-back believes fans should "stay at home, watch it on TV. Don't even risk it… because you could end up coming back in a coffin."

Campbell recently announced his retirement from the game after making 646 appearances for five different clubs between 1992 and 2011, as well as playing 73 times for England and taking part in three World Cups and three European Championships.