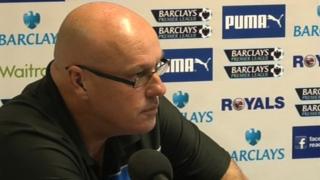 Despite admitting that his opponents "have everything" and praising the talent of new Chelsea signing Eden Hazard, McDermott says his team are "looking forward" to the game.