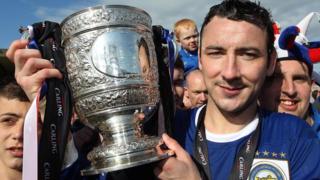 Linfield aim to get points on board

Irish Premiership champions Linfield aim to get their first goals and win of the season when they play Donegal Celtic on Friday.

Former DC midfielder Ryan Henderson will be up against his old team-mates after making a close season switch to Windsor Park.

However, new striker Matt Tipton is out injured - along with Blues skipper Michael Gault.