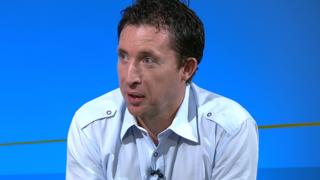 Dan Walker is joined by former Liverpool striker Robbie Fowler for this week's Football Focus, as they look back on the opening weekend of the English Premier League.

We hear from Everton's Tim Howard on the Toffees' surprise victory over Manchester United, and how Denmark legend Michael Laudrup is finding life as manager of Swansea.

Garth Crooks also takes a look at Tottenham Hotspur's prospects, and why their Brazilian midfielder Sandro could hold the key to success this season.