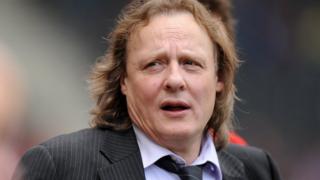 MK Dons chairman Pete Winkelman tells BBC Three Counties Radio they are "one of the best footballing teams in the whole Football League" after they have a fourth player sent off in four games this year.

Skipper Dean Lewington was red-carded in the 1-0 defeat at Swindon on Saturday, after Stephen Gleeson, Antony Kay and Alan Smith were dismissed in previous games.