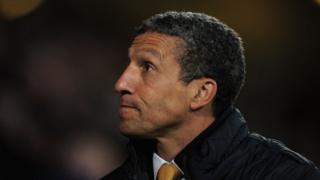 The Canaries, who have not lost a league game since early October, have notched up impressive wins over Arsenal and Manchester United on their way to 12th in the table.

Hughton praises his players for making themselves "much harder to beat".