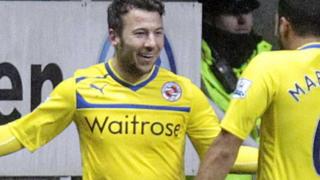 Reading boss Brian McDermott praises the "instinctive" finishing of Adam Le Fondre after the striker came off the bench to score twice and earn his team a 2-1 win at Newcastle in the Premier League.

Reading were trailing 1-0 to a Yohan Cabaye free kick when Le Fondre came on and scored with his first touch, before netting the winner six minutes later.

The result gives in-form Reading their first away win in the league this season, while Newcastle are without a win in their last six Premier League matches.