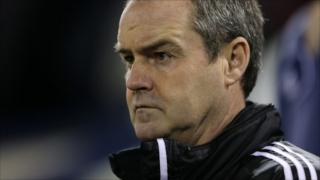 Steve Clarke says he is "pleased with a point" after watching his West Bromwich Albion side fight back to earn a 2-2 draw with Aston Villa.

The Baggies boss believes his team "let themselves down" in the first half as Villa raced into a 2-0 lead, but praises the character they showed in fighting back to earn a draw against their West Midlands rivals.