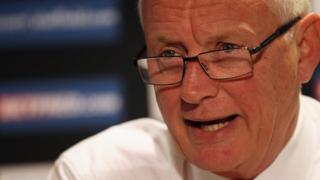 Leyton Orient chairman Barry Hearn tells BBC London 94.9 that the process used by the London Legacy Development Corporation (LLDC) to decide the future of the Olympic Stadium is flawed.

Hearn has called for a judicial review into the decision to name Premier League side West Ham United as the preferred bidders for the stadium.

Orient were one of four parties to bid for the tenancy of the £429m venue.

The LLDC issued a statement saying their process had been "robust, fair and transparent" and that Hearn's legal challenge was "misguided".