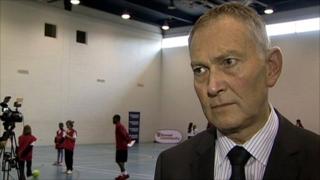 No need to change rules - Scudamore

Premier League chief Richard Scudamore says there is "no need" for retrospective punishments in the Premier League, in the wake of Callum McManaman's controversial unpunished challenge on Newcastle's Massadio Haidara.

Scudamore tells BBC Sport's Gordon Farquhar there would not have been any resistance to the FA declaring the challenge an "exceptional incident" - the only circumstances in which it is permitted to hand out retrospective punishment for an incident seen at the time by one or more officials - and charging McManaman.

The Premier League boss also denies the lack of English teams in the latter stages of the Champions League indicates the quality of the league as a whole has dropped, saying "one swallow doesn't make a summer".

'Abandoning snow shovels for the sun of Dubai'