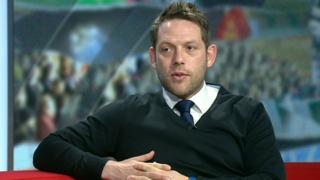 To watch the Sunday, 24 March edition of Late Kick Off North West, visit the BBC iPlayer.

England relying on Pope & Lawrence after slipping to 121-5