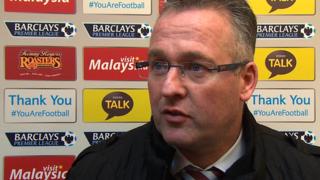 Aston Villa boss Paul Lambert says his side "dominated" the second half of their 0-0 draw at Cardiff.

Cardiff strikers Fraizer Campbell and Craig Noone both hit the woodwork in the same attack during the first half, but Bluebirds' goalkeeper David Marshall had to make several outstanding saves after the break to deny Villa the win.

The result means Villa are 11th in the Premier League, four points clear of the relegation zone. 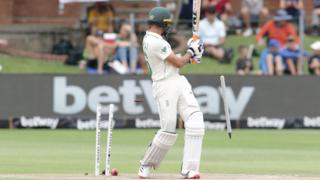