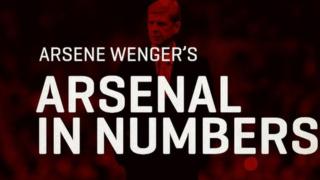 BBC Sport looks at some key statistics from Arsene Wenger's time in charge at Arsenal ahead of the legendary French manager's 1,000th game in charge of the Gunners.

Wenger was a relative unknown when he was appointed as manager on 30 September 1996, and his 2003-04 Arsenal side were named the greatest in Premier League history after going for the entire season unbeaten, leading to their nickname The Invincibles.

Wenger's 1,000th game in charge will be a trip to Premier League leaders Chelsea on Saturday, with the Gunners currently four points behind in the table.

The extraordinary rise and fall of Gordon Elliott