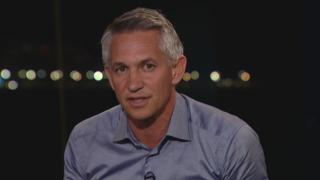 BBC Sport presenter Gary Lineker says it is so difficult to pick a winner at the 2014 World Cup.

Former England striker Lineker says you can make a case for and against all of the eight teams that remain in the competition.