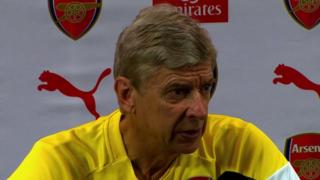 Wenger urged fans to get behind the midfielder saying "they should not be concerned and just support him".

Arsenal travel to Aston Villa on Saturday hoping for a response to their midweek defeat.

Man Utd 'not thinking' about title

What can football learn from cricket?