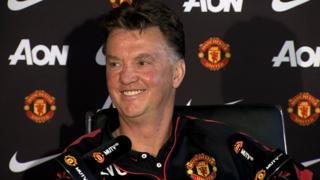 Too early to judge me - Van Gaal

Manchester United manager Louis van Gaal says it is too early to judge his tenure at the club as the players are still adapting to his playing philosophy.

The Dutchman took charge in the summer and, after a mixed start, has taken them into the top four in the Premier League for the first time in over a year.

They travel to West Brom on Monday looking for their third league win in a row.