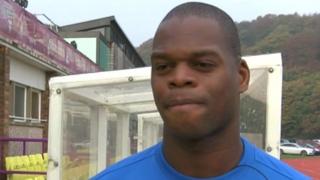 Harewood, 35, was a key player in Alan Pardew's Hammers side that lost a thrilling final to Liverpool in 2006, having edged out Middlesbrough in the semi-finals with a thumping strike.

Now one of Hartlepool's more senior players, the former Nottingham Forest forward is keen to help the younger players at Victoria Park enjoy similar memories in the competition.