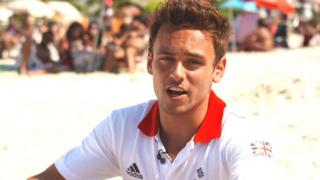 From evasive action through to a definite dive, Wayne Rooney's penalty incident against Preston on Monday night has brought the issue of simulation back into the headlines.

We got top British diver Tom Daley, who gets "about 3,000 tweets" every time a footballer dives, to cast his expert eye over some of football's more notable tumbles.

First up the London 2012 Olympic bronze medallist rates a "scruffy" effort from Michael Owen, then gives us his verdict on Cristiano Ronaldo and finally rates an effort from a world class German diver who he's never even heard of.