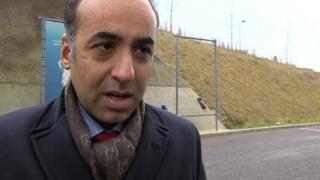 Al Hasawi has been criticised following the sacking of Stuart Pearce as manager and for the way Forest have handled their finances.

He says he does not blame supporters for being angry and insists he remains committed to the club despite last week hinting he could quit.

'Should we applaud a 10-run partnership?'