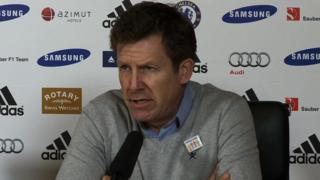 Chelsea release a statement in response to the actions of a minority of fans who pushed a black man off an underground train in Paris before their 1-1 Champions League draw against Paris Saint-Germain on Tuesday.

In the statement Chelsea spokesman Steve Atkins apologises 'unreservedly' to the victim. He also says the club are cooperating with the Metropolitan and French Police as well as conducting their own investigation.

The club have suspended three fans from Stamford Bridge and say that they will ban them for life "should evidence show that they are guilty in that incident".