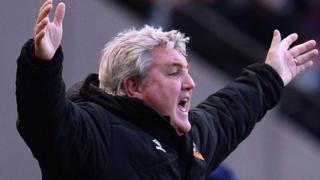 Hull boss Steve Bruce says recent signing Dame N'Doye "could just be the difference" for his side, after the striker scored an laste winner in a 2-1 victory over QPR.

Nikica Jelavic volleyed the home side into a 16th-minute lead, but Charlie Austin headed an equaliser for QPR just minutes after Joey Barton had been sent off for lashing out at Tom Huddlestone.

N'Doye's late header was his second goal in as many games since a £3m transfer deadline move from Lokomotiv Moscow.