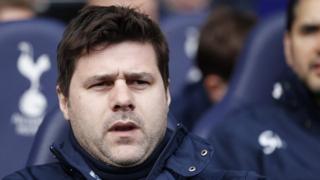 Spurs need to be better - Pochettino

Tottenham manager Mauricio Pochettino bemoans his side's finishing after coming from behind to draw 2-2 with West Ham, saying "we need to play better in the next game."

A Danny Rose effort and a stoppage-time penalty rebound from Harry Kane cancelled out goals from Cheikhou Kouyaté and Diafra Sakho that put the Hammers 2-0 up.

The result means that Spurs have now recovered 16 points from losing positions in the Premier League this season, the highest in the division.