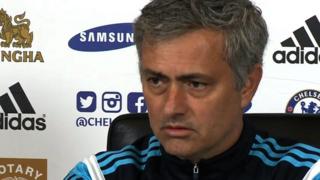 Chelsea manager Jose Mourinho says the fact his team are no longer involved in the Champions League could help them finish their season strongly.

Mourinho concedes he would prefer to still be involved in European competition, but believes a hypothetical quarter-final against Barcelona would have affected the Blues' preparations for their Premier League matches against Manchester United and Arsenal.

Chelsea travel to Hull on Saturday six points clear at the top of the Premier League, and with a game in hand over second-placed Manchester City.

Man Utd 'not thinking' about title

This is one of my lowest moments - Klopp