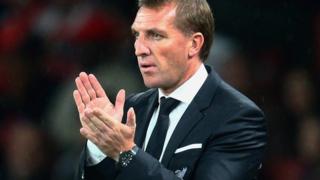 Cech was man of the match - Rodgers

The Czech Republic international made two crucial first-half saves, denying Christian Benteke from close range and then tipping Philippe Countinho's shot on to a post.

The Reds had five shots on target before half-time - as many as they had hit in their opening two Premier League games this season combined.