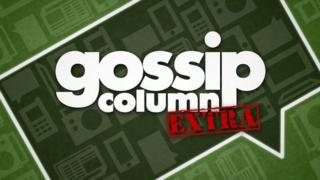 Manchester City are "close" to signing Wolfsburg's Kevin de Bruyne for a fee up to £55m, Spurs are interested in signing South Korea's Son Heung-min from Bayer Leverkusen but have they cooled their interest in West Brom striker Saido Berahino?

Mario Balotelli has returned to AC Milan from Liverpool on a season-long loan, and what will happen in the long-running transfer saga surrounding Manchester United goalkeeper David De Gea?