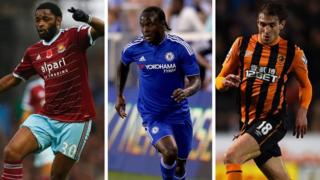 McNulty said that the collapse of David De Gea's proposed transfer to Real Madrid from Manchester United was "a farce".

The Hammers also completed a fourth deadline-day deal as they confirmed the reported £7m signing of winger Michail Antonio from Nottingham Forest.