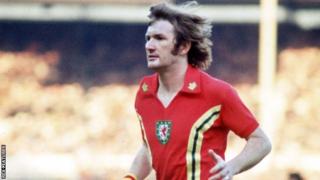 As Wales and England prepare for Euro 2016, we remember when Wales secured their first - and so far - only victory over England at Wembley in 1977.

Leighton James' first-half penalty in the 1977 Home International clash clinched a 1-0 victory and Wales' first win over their biggest rivals on their home turf since 1936.