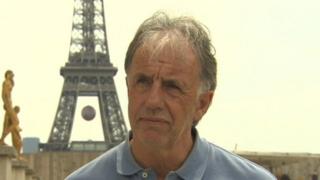 Former Republic of Ireland international Mark Lawrenson says he will be not be surprised if they draw all their Group E games at Euro 2016.

The Irish drew all three first-round group games at the 1990 World Cup in Italy and it proved enough to progress to the second round en route to the quarter-finals.

"I think we'll make it very difficult for teams to play against us although I worry when the goals are going to come from," said BBC Sport pundit Lawrenson, who won 39 Republic caps between 1977 and 1987.

"If we drew all three games, that might be enough to get us through to the knockout stages."

The Republic face Sweden in their Group E opener in Paris on Monday.