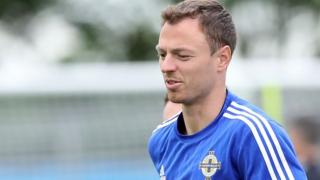 Jonny Evans says Northern Ireland are determined to make amends for an opening Euro 2016 defeat by Poland in the crunch game with Ukraine.

Both sides go into Thursday's Group C match in Lyon seeking their first points in the tournament.