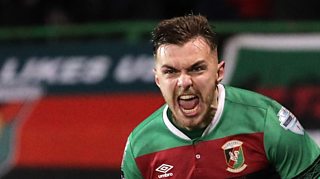 Glentoran maintained their push towards the top of the Irish Premiership table as two late goals secured a 2-0 victory over Ballymena United at the Oval.

Ballymena were forced to field outfield player Declan Carville between the post for the entire match because all three of their goalkeepers were unavailable.

Carville's mistake as his attempted clearance hit the back of a team-mate allowed Robbie McDaid to put the Glens ahead on 86 minutes and Navid Nasseri broke to score the second into an empty net after the stand-in keeper had gone up the field for a Ballymena corner.

As tempers flared, Ballymena's Adam Lecky and Glentoran's Paul O'Neill were sent off in the closing stages. 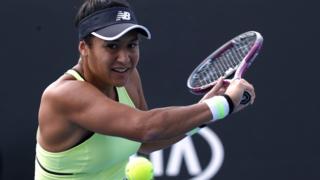