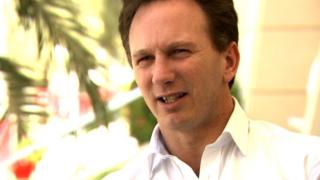 Red Bull on back foot - Horner

Team Principal Christian Horner admits Red Bull Racing are "on the back foot" but says he is "confident" of resolving their reliability problems ahead of the first race in Melbourne.

Issues with both the car and it's Renault power-unit have plagued the team during pre-season, though they did finally show some pace as Daniel Ricciardo was third fastest on day two of the final test in Bahrain, behind Force India's Sergio Perez and Ferrari's Fernando Alonso.

However Ricciardo only managed a total of 66 laps in the day, compared to Alonso's 122 and 108 for Perez.