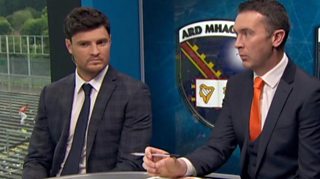 The other BBC studio pundit Martin Clarke said Down were "clearly the better team" and that Armagh "didn't have a clue going forward" in the second half.