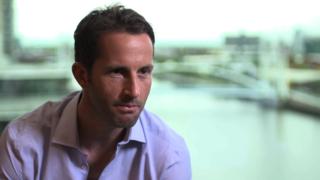 Ainslie inspires in memory of Simpson

Ainslie, Britain's greatest sailor, has admitted that his Olympic days are over but he is very keen on helping develop the sport he has dedicated most of his life to.

If you are interested in following in Sir Ben's footsteps, then check out our Get Inspired sailing pages.