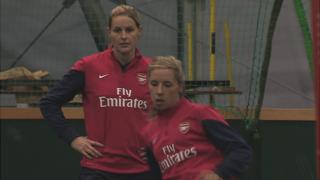 Ahead of their Champions League clash with Glasgow City, stars from the Arsenal Ladies team share their experiences of starting in football and their hopes of inspiring a new generation of female footballers.

If you want to find out more about football and how you can get started in the game, check out our Get Inspired football pages.