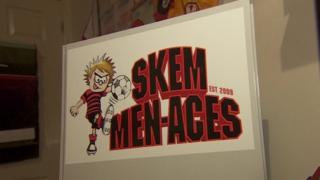 He helped set up the club up in 2009 despite the increasing debilitating effects of spina bifida and they now have up to 50 people turning out each week.

If you would like to find out how to volunteer for a sports club near you, take a look at this handy guide.