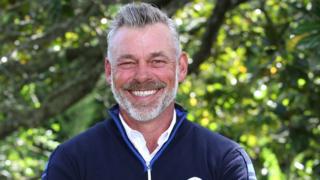 Darren Clarke says being named European Ryder Cup captain for the 2016 event in Hazeltine, Minnesota, represents one of the highlights of his professional golfing career.

"It's a huge honour, a huge privilege, and up there with anything I've achieved in the professional game," said Clarke.

The 2011 Open champion says he will consult with previous captains about the role, which he perceives to be "making the players as comfortable as I possibly can".

He added: "A lot of the guys on the previous team are good friends anyhow - I've played with them all on tour and it's nice that several of them came out in support of me."