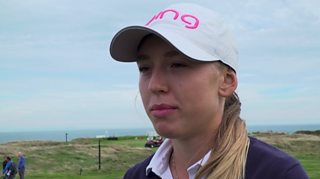 The victory for Spitz, 18, has earned her a place in the final qualifying round for the Women’s British Open next year.

"It's my biggest win I've ever had and I can't describe it in words. It's so cool," she said.