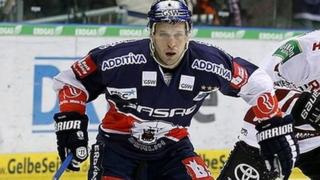 New Belfast Giants player-coach Derrick Walser outlines the ice hockey philosophy which he hopes will bring success to his team in the Elite League this season.

The 37-year-old from Nova Scotia in Canada explains how the persuasive powers of Head of Hockey Operations Steve Thornton led to him to move to Northern Ireland.

"This will be a team effort and I will encourage others to take responsibility," explained the former NHL defenceman.

"Steve has put a great roster together and I want to get the guys to buy into my philosophy and believe in themselves," he added.