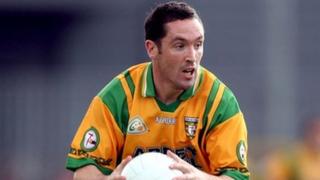 Former Donegal forward Brendan Devenney is hoping that efforts will be made to ensure that Kevin Cassidy returns to the county's football squad.

Devenney believes that Jim McGuinness' decision to drop Cassidy from the squad for disciplinary reasons will put added pressure on the manager next season.

Devenney revealed to BBC Radio Ulster's Sunday Sportsound that Cassidy has been asked by another Donegal selector to "keep his head down and keep training".

McGuinness dropped Cassidy after the player made a number of disclosures about the Donegal squad in a book.