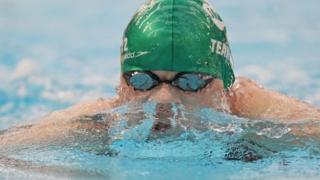 McMahon sealed her Olympic place after making the 100m breaststroke qualifying time at the European Championships in Hungary.

The Portaferry teenager broke her own Irish record after clocking a time of 1:08.37 in the heats on Tuesday and goes in the semi-finals later in the day.

The 16-year-old will also be involved in several other events in Debrecen.