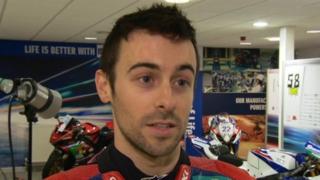 Laverty starts campaign Down Under

Eugene Laverty will begin his World Superbike season this weekend in Australia optimistic that he can compete for this title despite his move from the factory Aprilia team to Crescent Suzuki.

The Toomebridge says that the Suzuki engineers have made major improvements to his bike in recent weeks and he is confident that he will be on the pace in this week's opening round at Phillip Island.

"It has been 94 races since Suzuki won a race and my aim is to stop that before it gets to 100," said the Northern Irishman.