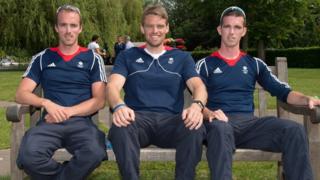 Alan Campbell will become the first NI competitor at four Olympic Games after his selection for Team GB along with brothers Peter and Richard Chambers.

The Coleraine rowers were medallists in London four years ago.

Peter Chambers is selected men's lightweight four for Rio while Richard partners Will Fletchers in the Lightweight Double Scull.