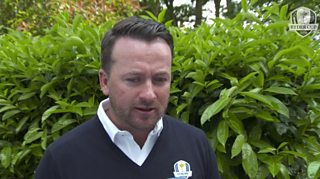 McDowell has been named as a vice-captain for Thomas Bjorn's team alongside Padraig Harrington, Lee Westwood, Luke Donald and Robert Karlsson.

McDowell, who clinched the winning point for Europe at Celtic Manor in 2010, has won the French Open twice at this year's host venue.