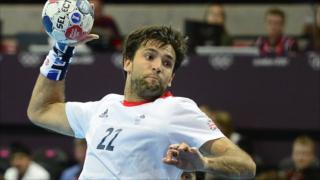 The rise and fall of GB handball?

The future of Great Britain's Olympic handball teams is in doubt after sports minister Hugh Robertson revealed that athletes or sports unlikely to win medals at Rio 2016 could lose their funding.

Britain's men's and women's handball teams failed to win any matches at London 2012.