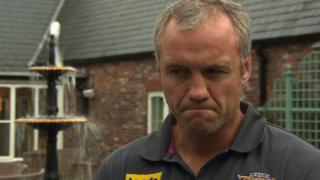 Fear of defeat will not hamper Leeds

Leeds are desperate to avoid becoming the first club to suffer three successive Challenge Cup final defeats for over a century when they face Warrington in a repeat of the 2010 final.

Winger Ryan Hall adds that the Rhinos like being underdogs and know how to perform in big games.