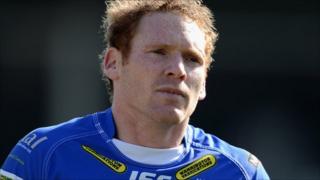 Warrington winger Joel Monaghan believes Leeds Rhinos will not be under any added pressure during the Challenge Cup final at Wembley on Saturday.

The Rhinos have not won the Challenge Cup since 1999 and have lost five of the subsequent 12 finals.

Warrington, meanwhile, are aiming to win the competition for a third time in four years.